“I had to go to war to find peace.” – Hipolito ‘Beardman’ Arriaga

For many, joining the military is a way of making a better life for themselves and their families.  Putting on the uniform and representing this country is an incredibly noble, selfless, and heroic job that comes with its set of challenges and uncertainties.  Soldiers return to civilian life changed forever with limited resources or outlets where they can express what they saw and experienced.  But for four combat veterans from Miami, the MDC Live Arts’ season-long veterans’ initiative was the impetus for the creation of The Combat Hippies.  Led by world renowned theater artist and director Teo Castellanos, The Combat Hippies consist of Hipolito ‘Beardman’ Arriaga, Anthony ‘I.E.D.’ Torres, Allen ‘Tatsel’ Minor, and Andrew ‘Dru Phoenix’ Cuthbert.  Backed by a soundtrack courtesy of local DJ Brimstone 127, The Combat Hippies show, “Conscience Under Fire” is heralded as a raw, funny, and honest look at what coming home from war feels like for four young combat veterans as they broach the subject of Post Traumatic Growth, a term coined by psychologists Richard G. Tedeschi and Lawrence G. Calhoun at the University of North Carolina at Charlotte in the mid 90’s.

These artists joined forces through the MDC Live Arts’ creative writing workshop for veterans’ in which they shared their experiences in an original spoken word piece, but Teo Castellano saw the immense potential of taking their words from the page to the stage.  Perhaps scarier than combat itself, these four wordsmiths summoned up the courage to step on stage for the first time and open their souls to an audience full of strangers to perform together at the Betsy Hotel Lounge.  Since then, The Combat Hippies have performed “Conscience Under Fire” multiple times, have become resident artists at the MDC Live Arts, and have been selected as finalists for a possible grant by the Knight Foundation.  (We’re rooting for you!)

It was a pleasure meeting these fine thespians at the beginning of their promising careers and we have a feeling they’re in for the long haul.  We want to thank Anthony and Hipolito for opening up to us and sharing their story so honestly with us.  Welcome to the Planted in Miami family.

We hope you enjoy the show,

Listen on iTunes or Stitcher or Google Play Music 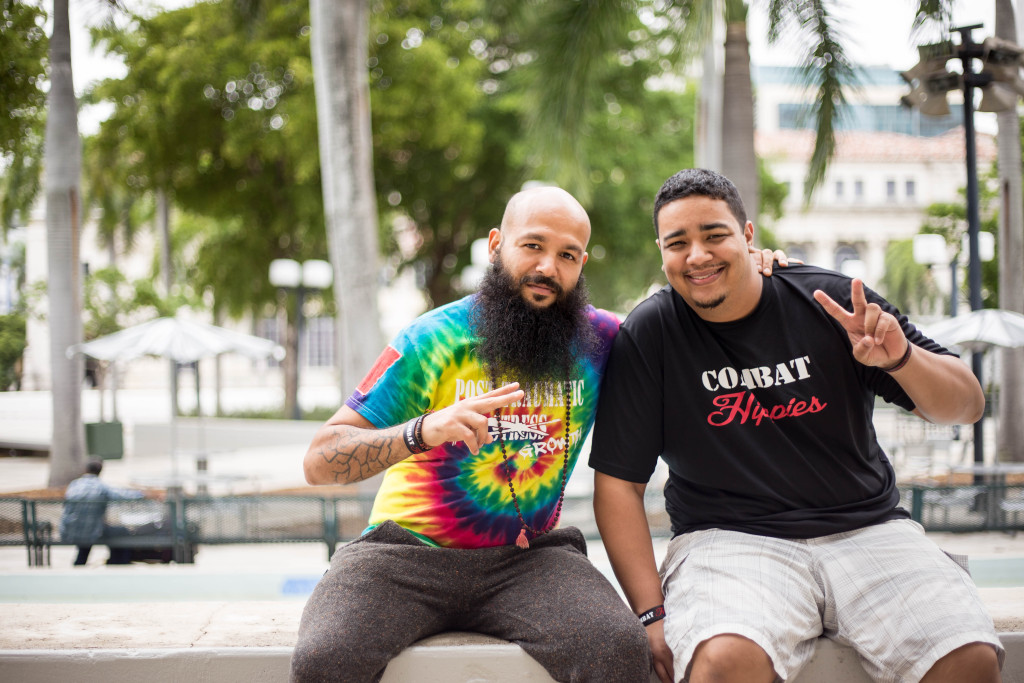