Some of you may have heard of GMO’s or Genetically Modified Organisms, but we wouldn’t be too surprised if many of you haven’t, even though you’re probably eating them everyday. GMO’s are made by forcing genes from one species into the DNA of an unrelated food crop or animal in order to introduce a new trait. If you eat processed foods and don’t buy organic, chances are you’re consuming GMO’s.

And it’s no wonder that many big BioTech companies like Monsanto would rather keep us in the dark although they claim it’s perfectly safe. Why else would they spend millions to defeat GMO labeling in California and Oregon? And did you know that GMO’s are banned in Europe? Kind of makes you wonder, right? Don’t you think you should have the right to know what’s in your food or if it’s food at all?

On today’s podcast we sit down with Trish Sheldon, a passionate activist, musician, mother, founder of GMO Free Florida, a statewide non-profit that dedicates itself to bringing awareness about the dangers of GMO’s and co-founder of Millions Against Monsanto-Florida Chapter.  She’s fighting hard everyday to get our food supply labeled so we know what we’re feeding ourselves and our families. 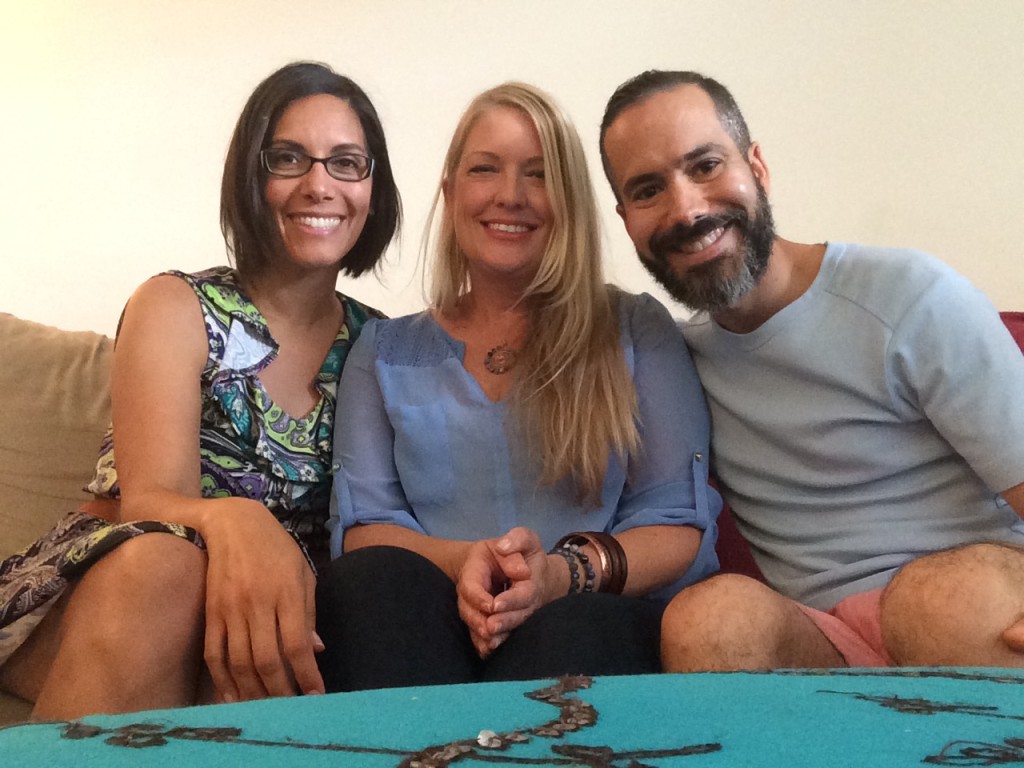 GIVEAWAY!
Our first guest, Terri Cooper is giving away to one lucky listener a 6 week pass to her yoga studio, 305 Yoga.

All you have to do to win is subscribe to the show on iTunes, give us a review (5 stars pretty please) and submit your email on this website.

The lucky winner will be announced soon. Good luck!

Don’t keep us a secret…
Tell your friends, family, neighbors, baristas, anyone who will listen about us.  We really appreciate it!