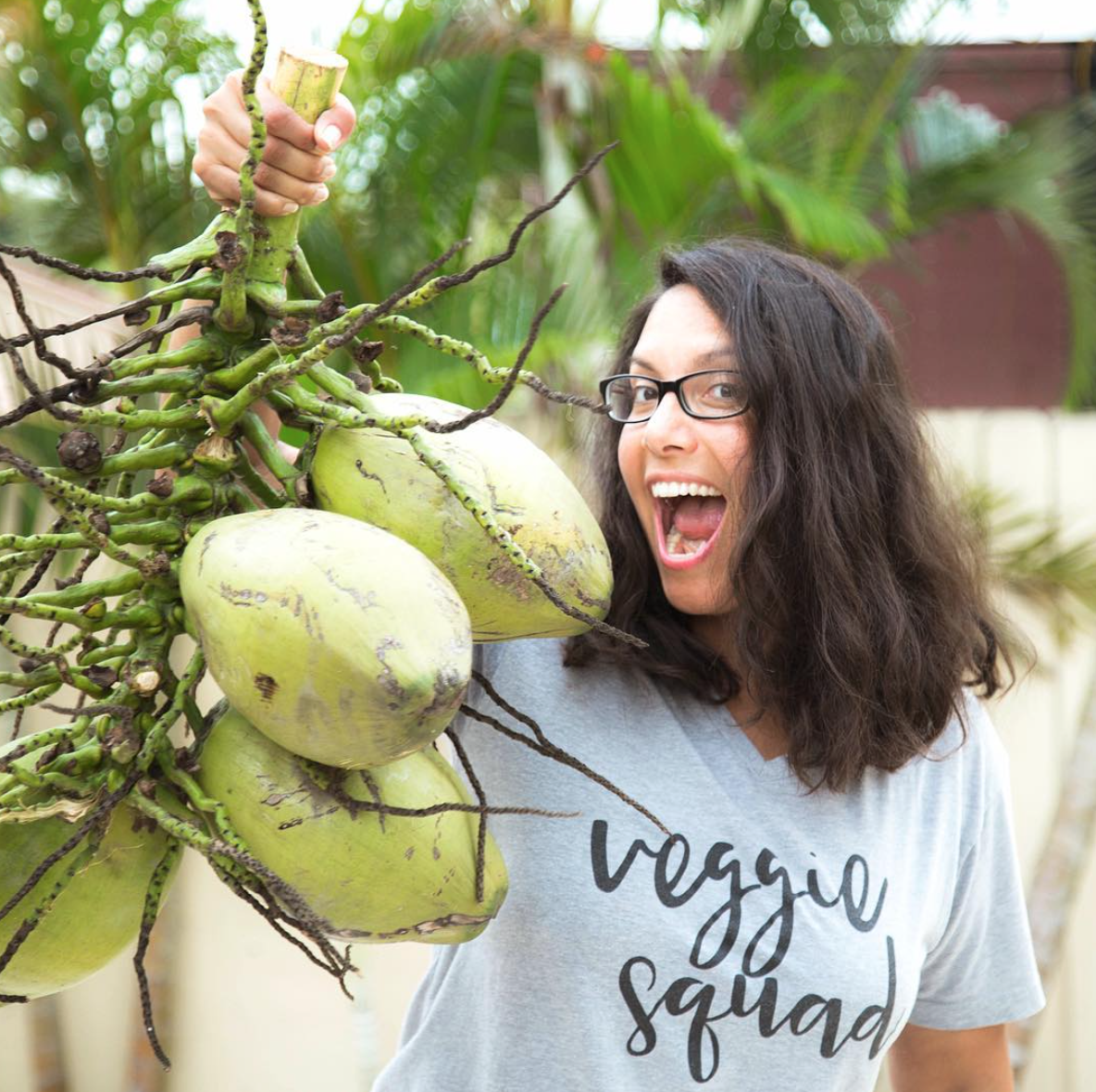 On the eighth day of eating fully raw something remarkable happened.  It was 4:45am and I was laying in bed with my eyes closed but my mind was completely awake. I was thinking about wrapping up a video we were working on for the Official Animal Rights March in Downtown Miami.  I decided to get out of bed and finish it. Mind you, this is something I’ve never done before… I’ve never been motivated to wake up so early to complete a project.  After I finished and posted it on our Youtube channel, I was inspired to continue working, so I wrote my Week 1 blog post for the fully raw challenge and posted that.  By the time I glanced at the time, it was almost 7am and I was no where near tired.  On the contrary, I was wide awake and motivated to continue creating.

Having my energy skyrocket was exactly what I hoped would happen when going fully raw and I welcomed it with open arms. The first week was a rough go without coffee and there were many days I struggled to get through but week 2 was going to be better. Week 2 would be full of energy and motivation and inspiration. And then…

Just one day later, the news of a Category 5 hurricane named Irma rocked my world.  For those of you who may not know, I have lived in Miami since I was 2 years old and have been present for many hurricane threats (with the exception of Hurricane Andrew-long story). I’m not sure if it’s because we now have 24 hour news channels or the effects of climate change making these storms stronger and more dangerous, but the anxiety and fear behind Irma was high.

Once we realized the track was a direct hit on Florida, it seemed as if life itself stopped.  Being a Miamian we take these warnings with a grain of salt but this felt different.  We prepped for it like we’ve never prepped for previous storms.  We took photos of our possessions and uploaded them to Dropbox.  We packed an emergency bag in case we had to quickly evacuate our house.  We selected items that we wanted to salvage and came to terms with possible destruction.  And we sat with these emotions for days, staring at the television like zombies waiting for any ounce of news that would give us hope.

All of that energy I had gained from eating raw was now being channeled to support my anxieties and fears.  I couldn’t focus on anything but the impending doom that was reported every few minutes.  I decided that I wanted to try my very best to continue eating raw for as long as I could. It felt like it was the only thing I could control at the moment with everything else being so uncertain.

When I shopped for hurricane supplies, I made sure to stock up on tons of fruit to have around whenever I was tempted to eat other things.  And I’m proud to say that I did really well with it until the day of the actual storm.

We lost power at 7:15 am and it was around that time that the weather took a turn for the worse.  Our house was shuttered so the only available light was coming from one patio door that we left free in case of an emergency.  For hours we sat in darkness listening to wind gusts reaching nearly 100 MPH, hoping that our house would hold up and that we wouldn’t get flooded. We didn’t have a radio so we got updates from my brother who had power.

Our dog Abby was terrified from the darkness and shadows that were cast from the flashlights and candles.  She held going to the bathroom for almost 24 hours despite us pleading with her to go inside on the potty pads but she refused.  She even started limping around the house which we now think may have been a psychosomatic reaction to the entire experience because now she is fine.

I think because of all the stress and worry and frustration, I gave in to temptation and decided to eat some cooked food.  We were clearing out the fridge to either eat stuff so it wouldn’t go bad or transfer it to a cooler and this is where I broke down.  I no longer cared about the fully raw challenge nor did I have the strength to muster up the willpower necessary to continue. I felt guilty for like half a second and continued eating.  I made sure not to eat a lot because I didn’t want to upset my stomach.

Luckily, our power came back around 11PM that night and we got to sleep with air conditioning. The next day, I woke up refreshed and ready to clean up and move on from the storm.  We didn’t have any damage to our house nor did the houses around us. We didn’t have cable or internet but that was really the least of our worries.  We are so fortunate that the storm didn’t hit us directly but we feel horrible for the people in the Keys and the West Coast that took the brunt of the storm. Now it’s a waiting game for the state to rebuild and get back to status quo.

So then the question was, do I completely fall off the wagon and give up on the challenge because I gave in for one day?  I decided to call that day a wash and redo Day 14 and move on from there. It was great for about two more days. I think the post traumatic stress, coupled with other catastrophes worldwide and pending hurricanes in the Atlantic had me on serious edge and I couldn’t continue.  I longed for some coffee and bread and food that warmed my body.  Not the healthiest but definitely comforting.

Everyone keeps asking me about the raw challenge and how I did during the storm and I’m not embarrassed to say that when the stress got to me, I buckled.  I’m human.  And for me, at the time, the cleanse seemed not important.  I will definitely revisit it soon.

If you’re in Florida, how did you deal with the storm? Did you stay? Did you evacuate?  Were comfort foods high on your priority list?  I want to hear from you in the comment section below.

If you missed our Hurricane Irma video we posted about our experience before and during the storm, check it out here.